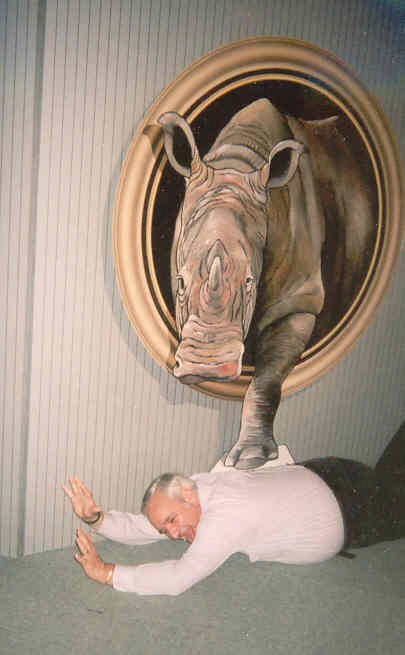 I first learned folk dancing at the University of Illinois in Urbana. If you happen to be in Urbana, stop by and say hello for me. The web page . Rejoining these old friends makes me instantly younger.

I started my business as an independent consultant, and the first night we went out for a Chinese Dinner, and I received a fortune cookie that announced "Fortune is Smiling on You; Sing and Rejoice!". It was hard to feel that way upon the death of MasPar's hardware business, but it proved to be correct.

During my consulting, I've travelled as much as 160,000 miles in a year. As Craig Burzych reminds us all (on the occasion of the sighting of a UFO at O'Hare in November 2006): "To fly 7 million light years to O'Hare and then have to turn around and go home because your gate was occupied is simply unacceptable" (poor alien, I know how h(sh)e felt).

And this (1985) photo, probably more notable for the Dec Rainbow and the Imsai 8080 machines, than for me. These are the machines on which the UNO Vax Book was written...